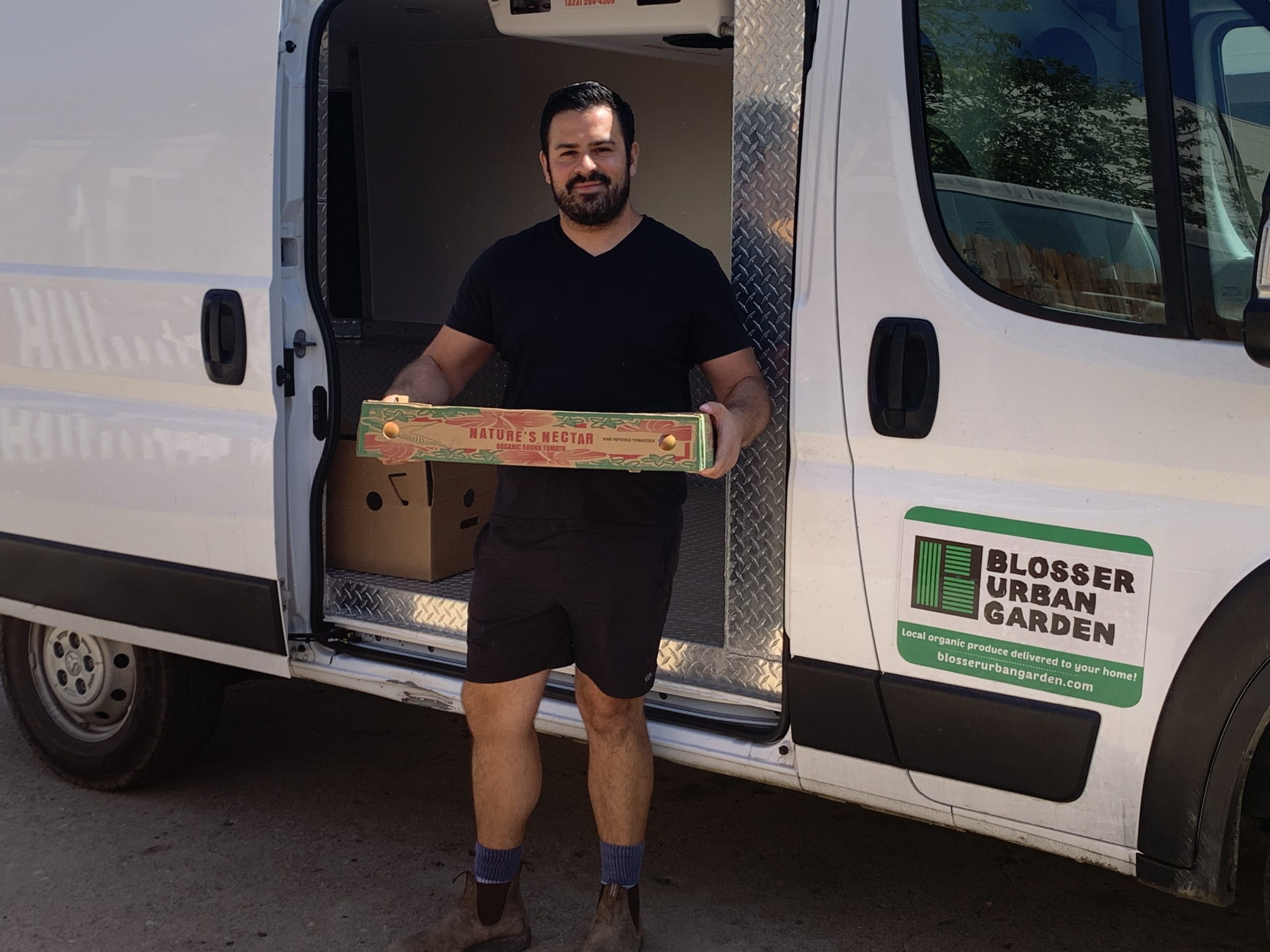 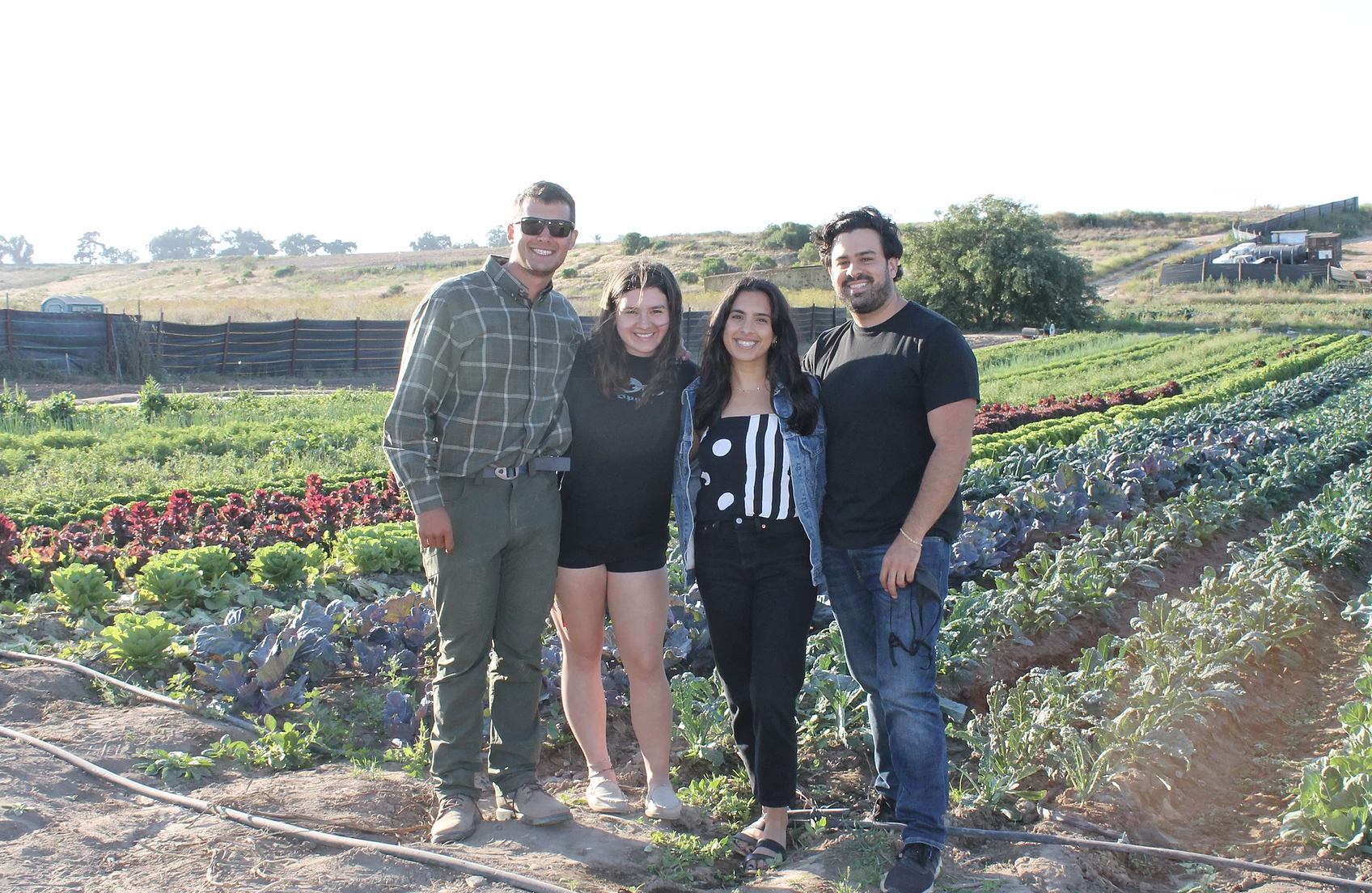 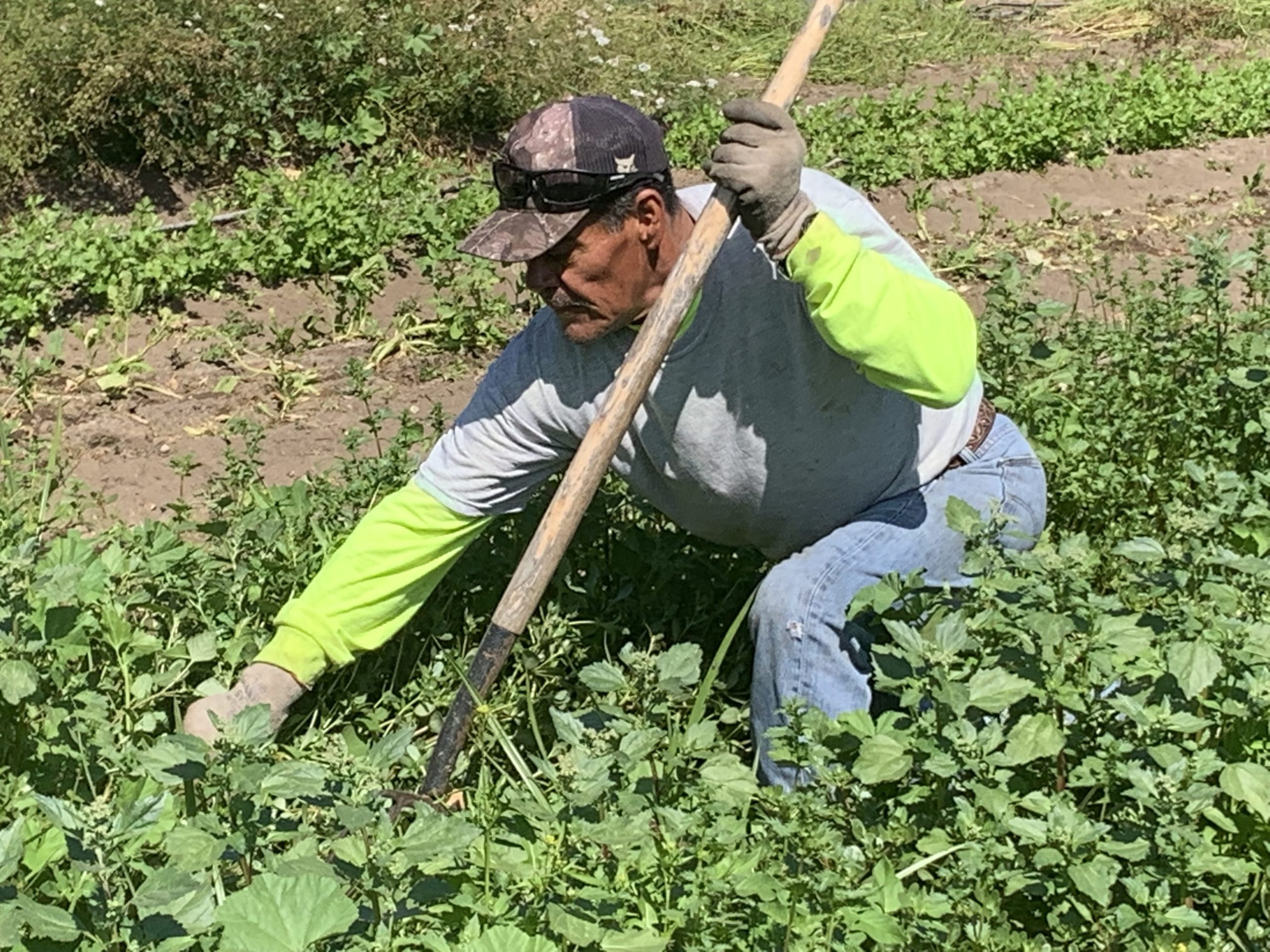 Blosser Urban Garden is a small-scale organic farm in an urban setting. Owners Jerry and Alejandra Mahoney started the farm as a one-acre garden behind their family’s historic home near downtown Santa Maria. Later, they expanded to five more acres a few miles away in Tanglewood. Committed to sustainable agriculture, Blosser Urban Garden has had California Certified Organic Farmers (CCOF)California Certified Organic Farmers (CCOF): A United States Department of Agriculture-accredited organic certifying agency, trade association, and nonprofit organization that advances organic agriculture through organic certification, education, advocacy, and promotion. Producers certified by CCOF have chosen to grow, process, and sell organic foods. Formed in 1973, CCOF was the first organic certification entity in the United States. certification since 1996 – and their mission has been the same from the start: to provide fresh, organic produce to the community at an affordable cost. In addition to farming, they run an organic Community Supported Agriculture (CSA) programCommunity Supported Agriculture (CSA) program: A system that more directly connects producers and consumers in a food system by allowing consumers to subscribe to receive the harvest of a certain farm or group of farms., a farm stand, and supply produce to numerous Central Coast restaurants and retail outlets.

As a third generation Santa Maria Valley farmer, Jerry Mahoney is proud to carry on his family’s tradition of farming – and to provide opportunities for his children to continue the legacy. Both Jerry’s son and daughter are now a part of the Blosser Urban Garden team. Jerry’s son, Gerald Mahoney, grew up watching his parents build the Blosser Urban Garden. But he wasn’t immediately interested in agriculture – or taking on a role in the family business. Instead, he studied politics at the University of San Francisco and went on to work in the tech industry.

Just over three years later, during the COVID-19 pandemic, the company Gerald had been working for dissolved and he found himself unemployed. Around that same time, his dad called to tell him that Blosser Urban Garden’s CSA numbers had quadrupled from 60 to 225 members. Turns out, the pandemic had created soaring demand for locally grown produce and they needed help managing this critical piece of the business. Gerald jumped at the opportunity to help his parents: “I had always been interested in farming, but it had not been financially feasible for me to join the family business. Not only was I able to use my tech and logistics experience to further grow the CSA program, but I also successfully carved out a full time role for myself.” Gerald doesn’t plan on leaving anytime soon. “I love the central coast… we now own a home here, have a dog, and love working in the produce business.”

Since taking the role of general manager, Gerald has increased Blosser Urban Garden’s production capacity, expanded the CSA to San Luis Obispo County, and increased wholesale by more than 200 percent. All while retaining the majority of new customers they acquired at the beginning of the pandemic.

When asked how he learned to run the CSA program so well, Gerald pointed to trial and error – almost everything he has learned has been in observation of others. One especially effective idea he has employed is creating an online store where customers can add-on items sourced from Blosser’s local organic farmer partners to their CSA box, increasing the diversity of what customers receive throughout the year and sharing the profits with fellow food producers. For Gerald, much like his parents, growing and distributing locally is critical to Blosser Urban Garden’s mission because, “it creates an economy that lives on the Central Coast – a system that can self-sustain rather than rely on what is lowest cost or easiest.”

Learn more about the farm and sign up for the CSA by visiting Blosser Urban Garden’s website.