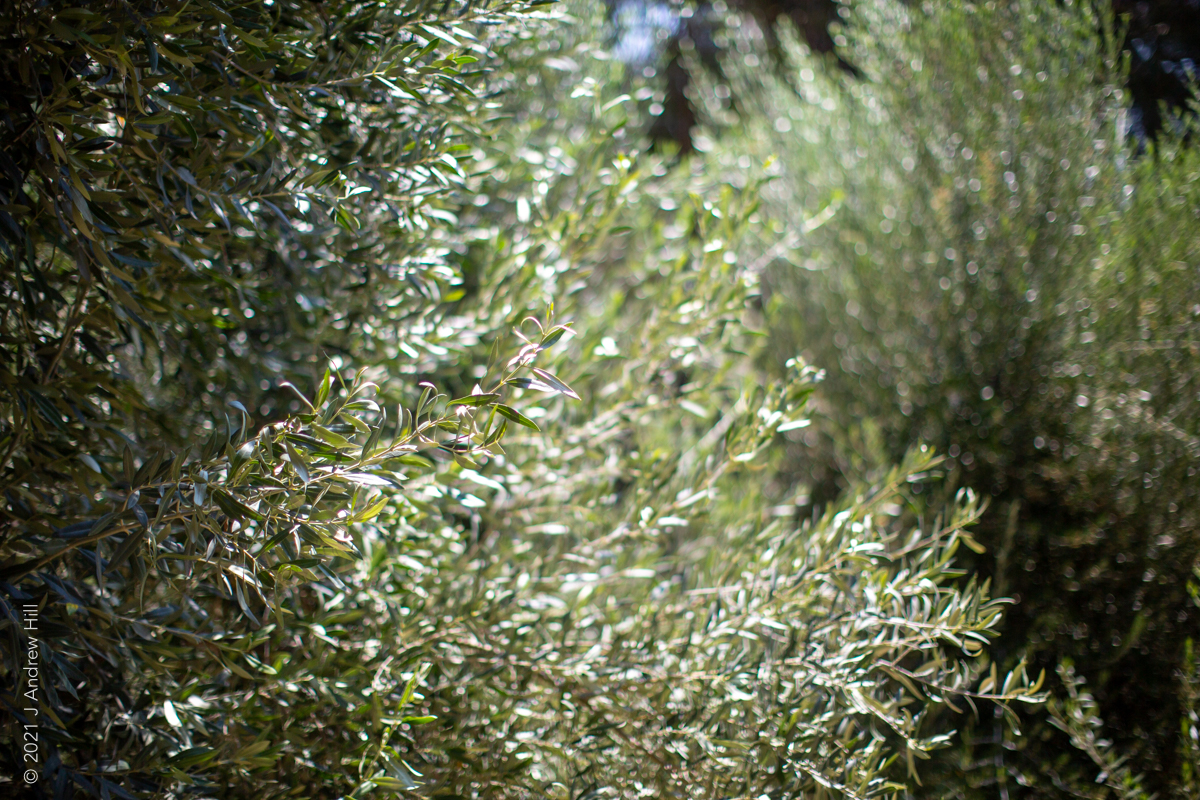 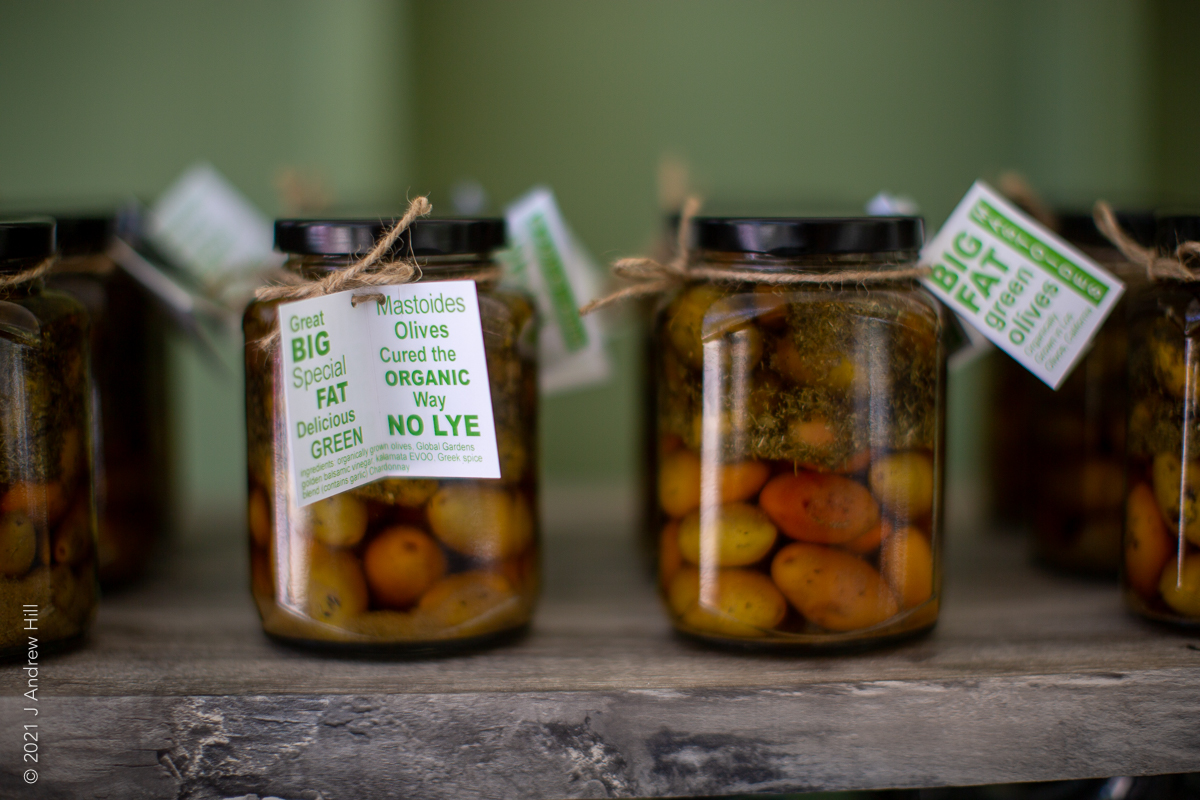 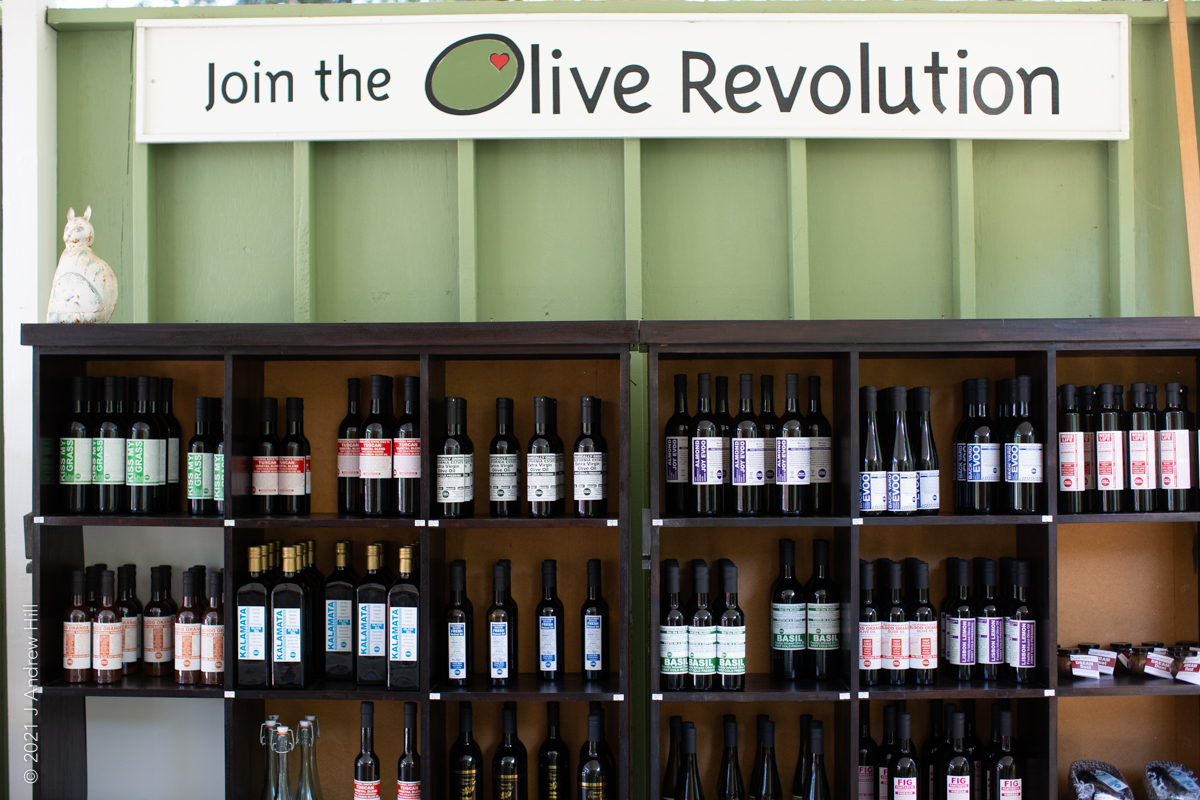 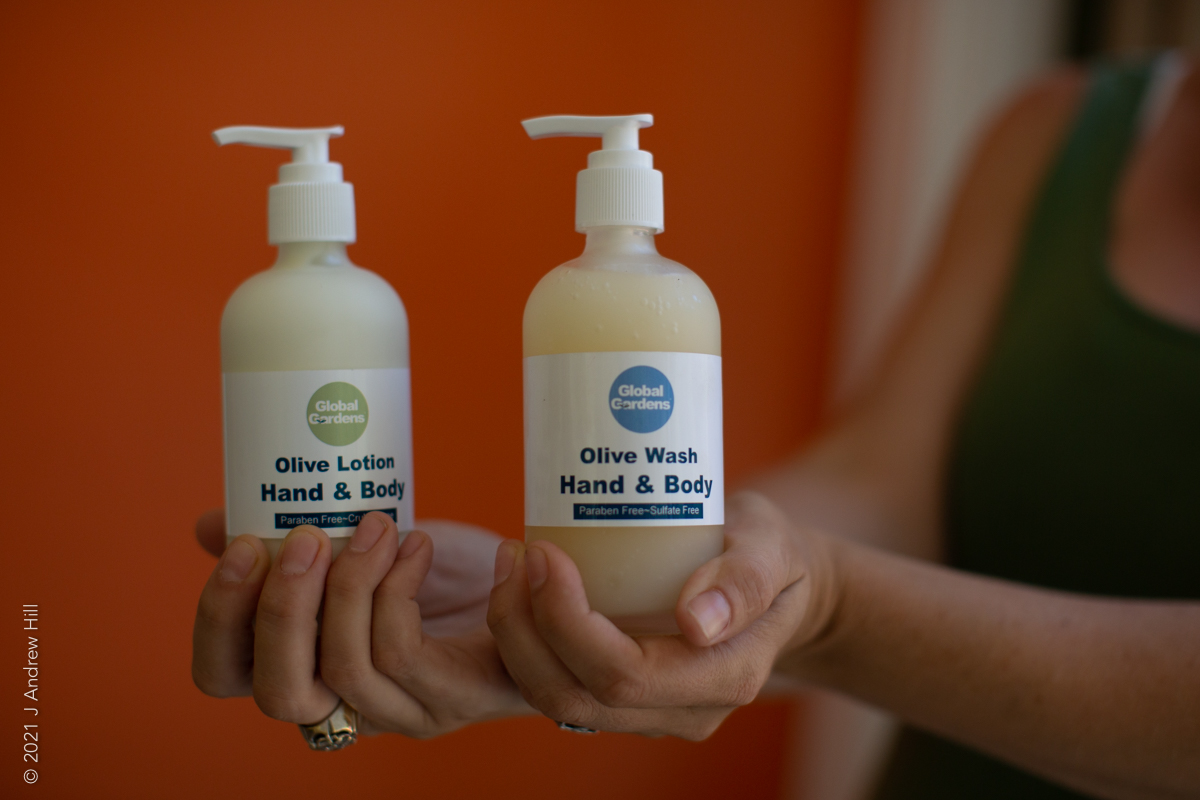 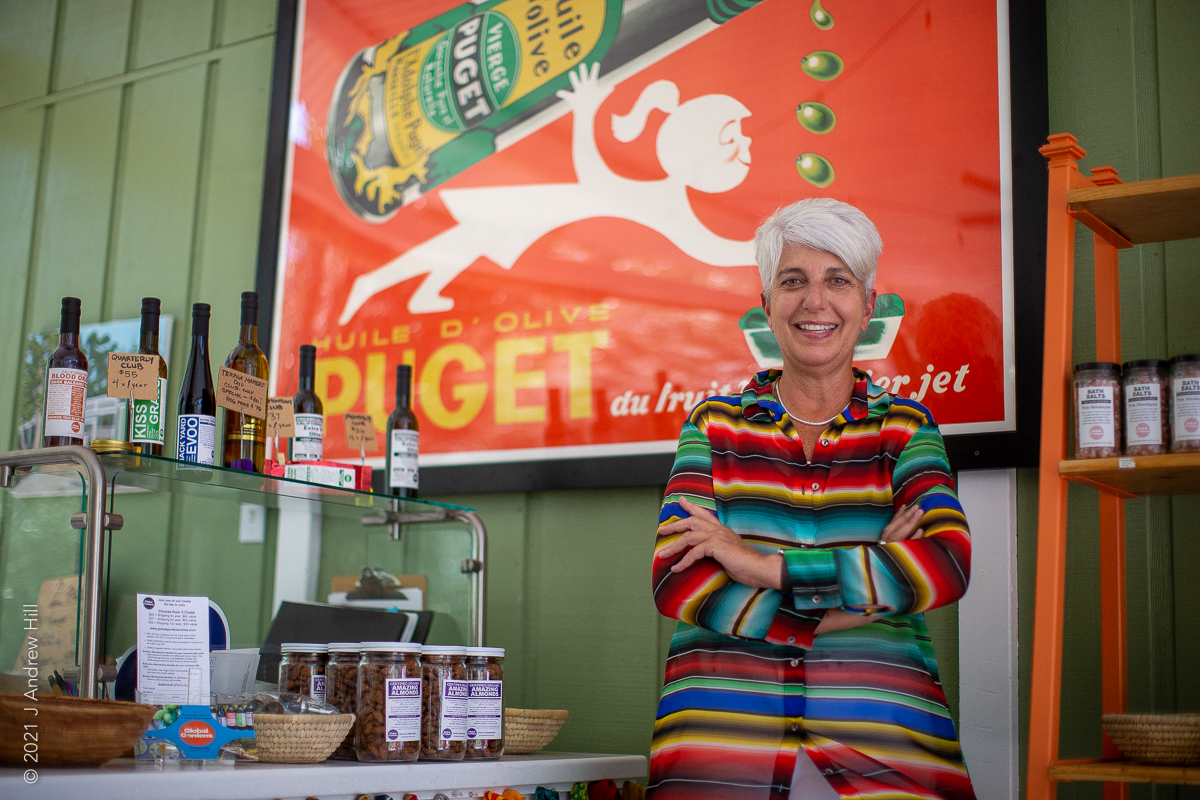 Founded in 1998, Global Gardens produces award-winning extra-virgin olive oils (EVOO) and curedCuring: Any of various food preservation and flavoring processes of foods such as meat, fish and vegetables, by the addition of salt, with the aim of drawing moisture out of the food by the process of osmosis. olives as well as a variety of olive-based food and spa products, fruit-based vinegars, and other culinary creations. Owner, farmer, and EVOO sommelier Theo Stephan was the first to plant olive trees for olive oil production in Santa Barbara County. On her two acre property in Los Olivos, she has more than 70 organic olive trees – both Italian and Greek varieties – that produce bountiful harvests used to make her estate olive oil and traditionally cured olives.

Theo loves preserving olives because there is a rich history behind the process of making olive oil. Traditionally, olive oil is only supposed to last one season – you take that season’s harvest, make olive oil, and it lasts until you make it again with the next harvest. “When the harvest goes to the olive mill there is a magic to it,” says Theo. Unlike most commercially produced olive oil, true EVOO is made from pure juice extracted from the olive fruit and has not been tainted by any heat or chemical processes during the oil extraction – it is simply raw olives, mechanically pressed. These first press oils often carry more of the plant’s beneficial vitamins and minerals than ordinary olive oil. Since olive trees are not pollinated by bees, the finishing flavor encompasses the soil, minerality, environment, and climate.

Much like olive oil, not every olive is made the same way or by the same process. In fact, it is quite difficult to find traditionally cured olives unless you buy them directly from the person who grows them. Most commercially produced olives contain lye and preservatives. Global Gardens’ cured olives are made with care in the traditional way. After harvesting the olives around the end of the year, a batch is immersed in salt water that is changed every week for five months until they are fully cured and sweet enough to eat. Then they are transferred to jars with mostly vinegar, dried Greek herbs, and a bit of olive oil. Theo recently made 174 cases of cured olives just from two trees. It has taken years to perfect the recipe, which she shares with others so they can preserve their own olive fruit.

Why olives? Olive trees are particularly resilient in California’s dry, mediterranean climate. “Less than five percent of the olive oil we consume in California is from trees grown in the state, but they are perfect for Santa Barbara County’s unique Mediterranean climate and require little water,” said Theo. She hopes to work with more farmers to transition to drought resistant olive trees using black water systems.

Learn more about Global Gardens and stop by their Los Olivos farm stand to taste and purchase their olive products.

Choose firm, dark olives. If you have green olives mixed into the batch, the brining may take a week or two longer. Put in a clean glass or ceramic jug. If you have a lot of olives, drill 1/4-inch holes in the bottom of a plastic, food-grade 5-gallon bucket, all around, like a strainer. Use another bucket (don’t drill holes in the second bucket) to hold the strainer bucket filled with olives.

Make a solution with a ratio of 1/4 cup salt dissolved into 1 quart water and pour enough over the olives to cover, then weight the olives with a stone or inverted plate so they are completely submerged. If you’re working with large buckets, partially fill a tall kitchen trash bag with water to keep the olives submerged.

Store in a cool place, changing the solution once a week for 6-12 weeks, depending on varietal and ripeness. If a scum forms on the surface during that time, disregard it until it is time to change the brine, then rinse the olives with fresh water before covering with brine again. The scum is harmless. At the end of four weeks, taste one of the largest olives. If it is only slightly bitter (these olives should be left with a bit of a tang), pour off the brine and rinse the olives. If the olives are too bitter to be put in the marinade, rebrine and soak for another week (or more, to taste), then rinse and marinate.

BE CREATIVE, JUST USE THESE PROPORTIONS!

The olives will be ready to eat after sitting in the marinade for just a few days. Store, still in the marinade, in a cool pantry, away from light. If kept too long, the lemon and vinegar flavors will predominate, so eat these within a month after they are ready. Or, pour off half the marinade, use as salad dressing, and fill remainder of jar with Global Gardens Balsamic Fruit Vinegar to store in canning jars.

Recipe reprinted with permission from Olive Oil and Vinegar for Life, by Theo Stephan.