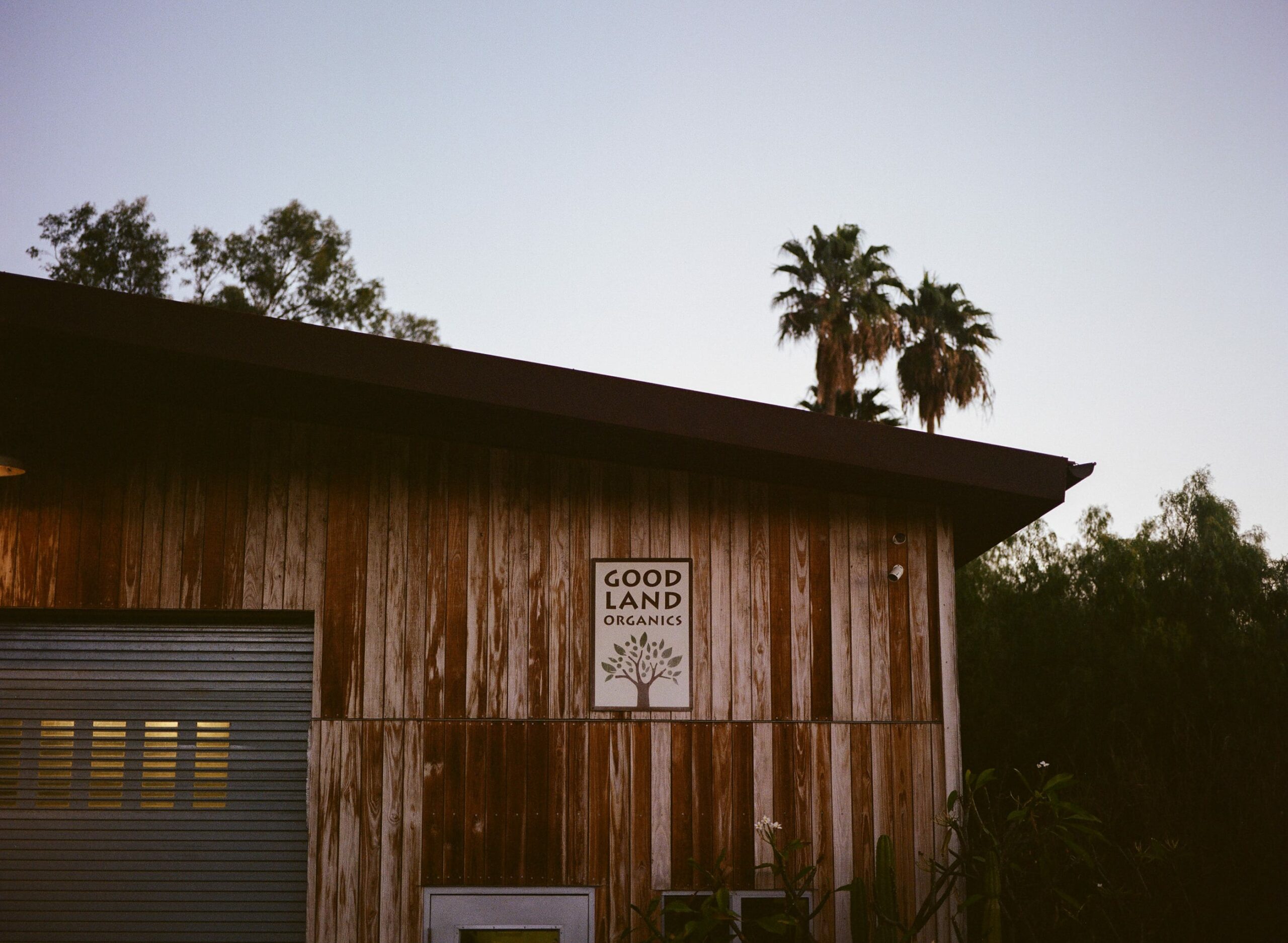 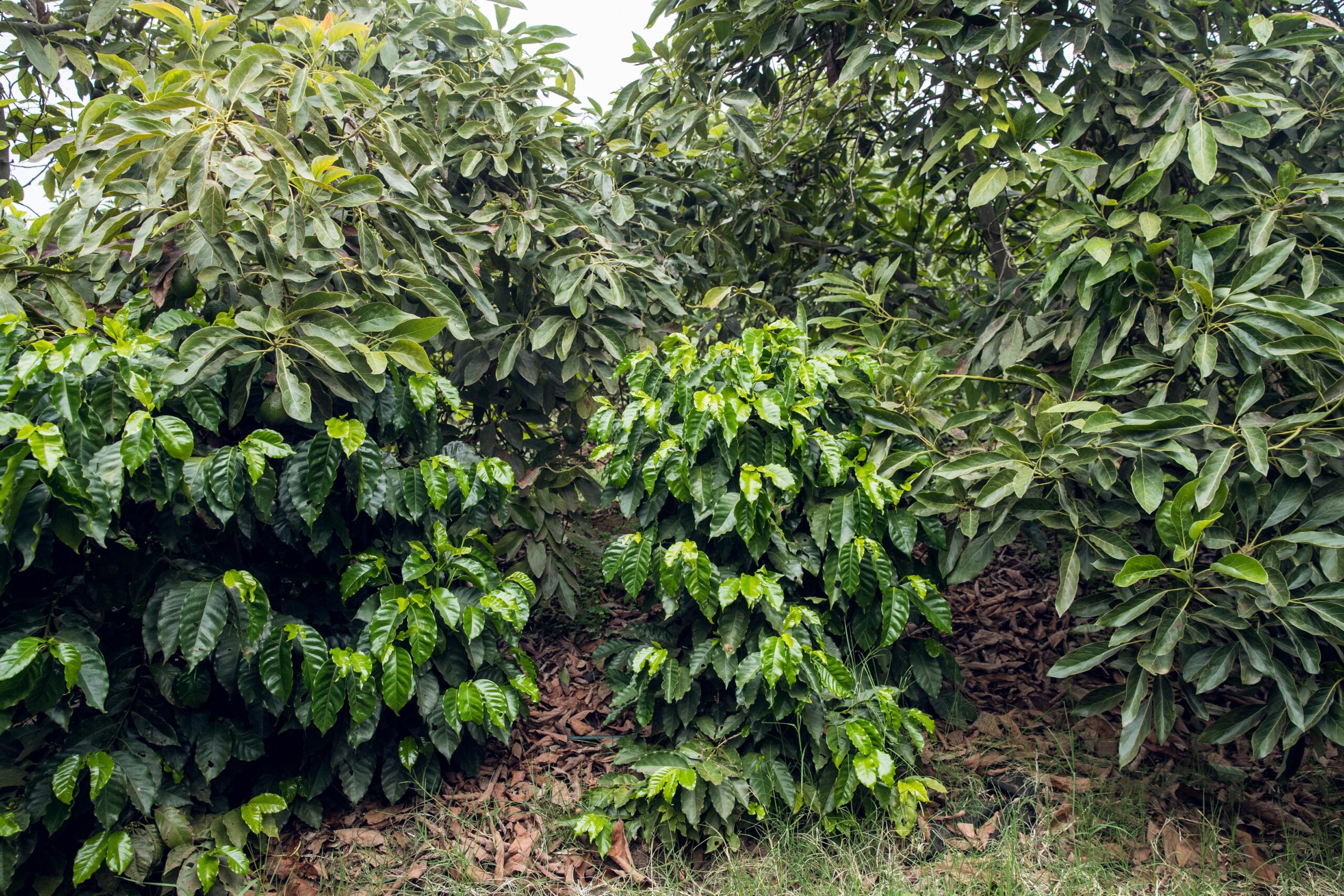 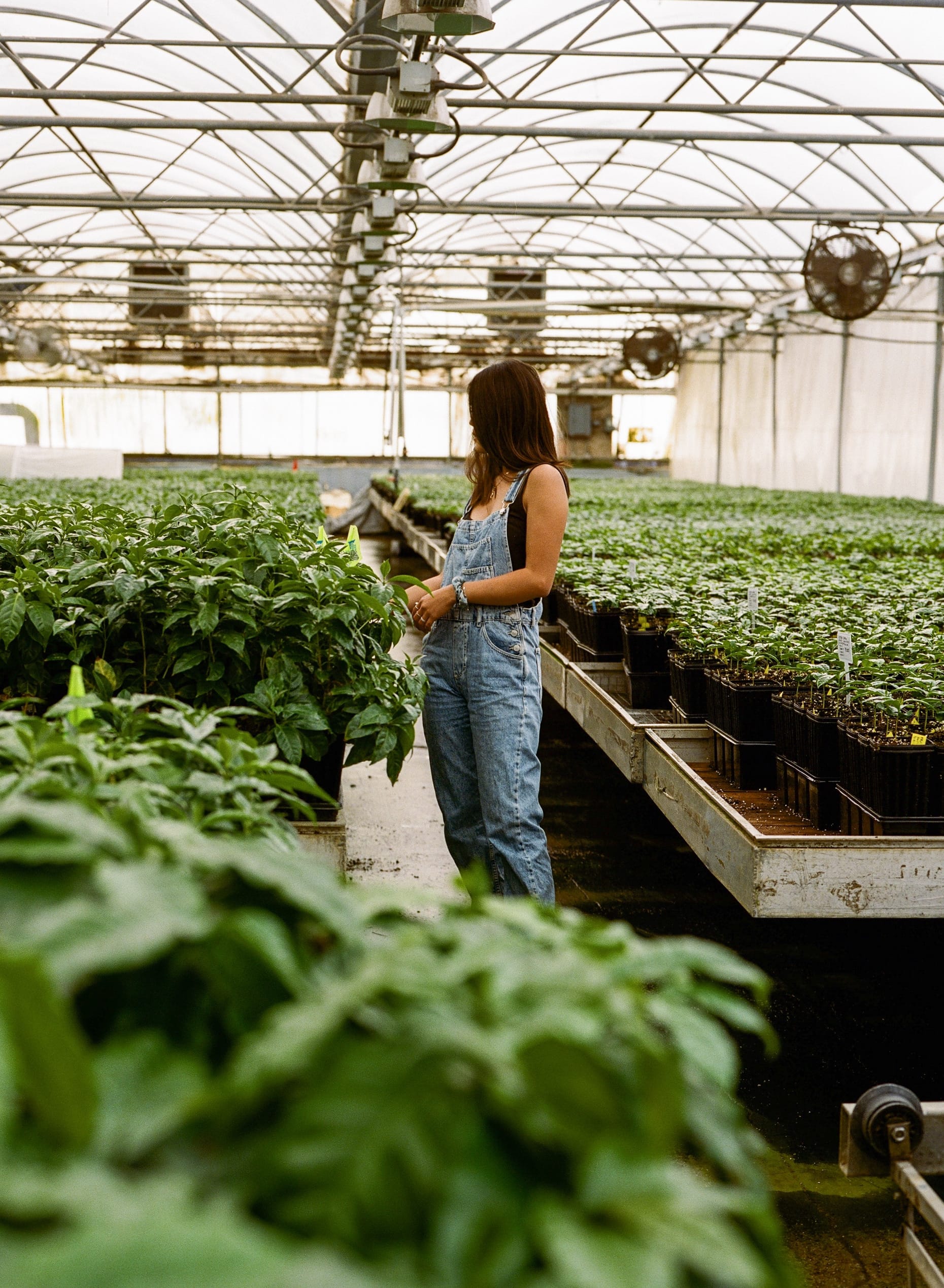 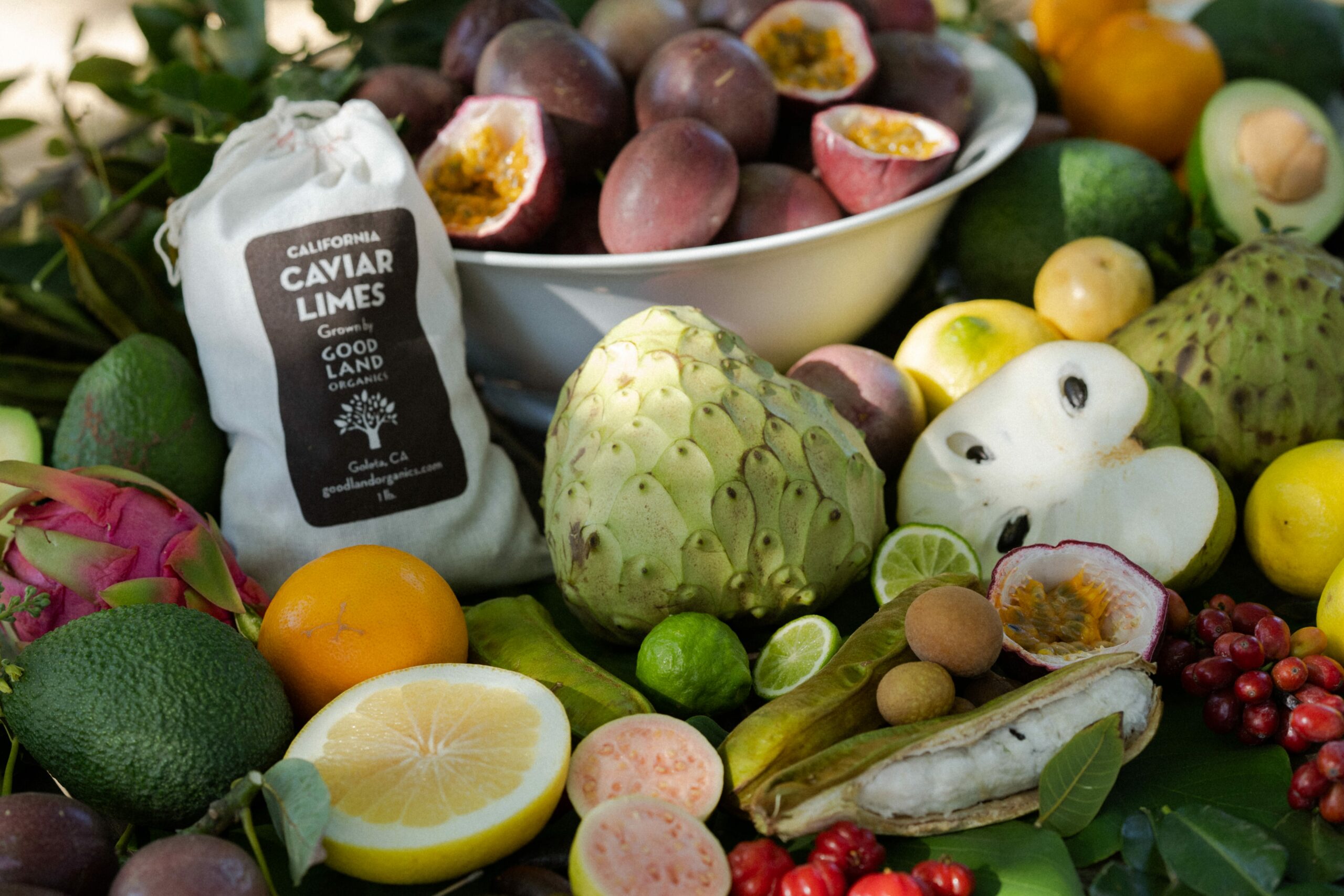 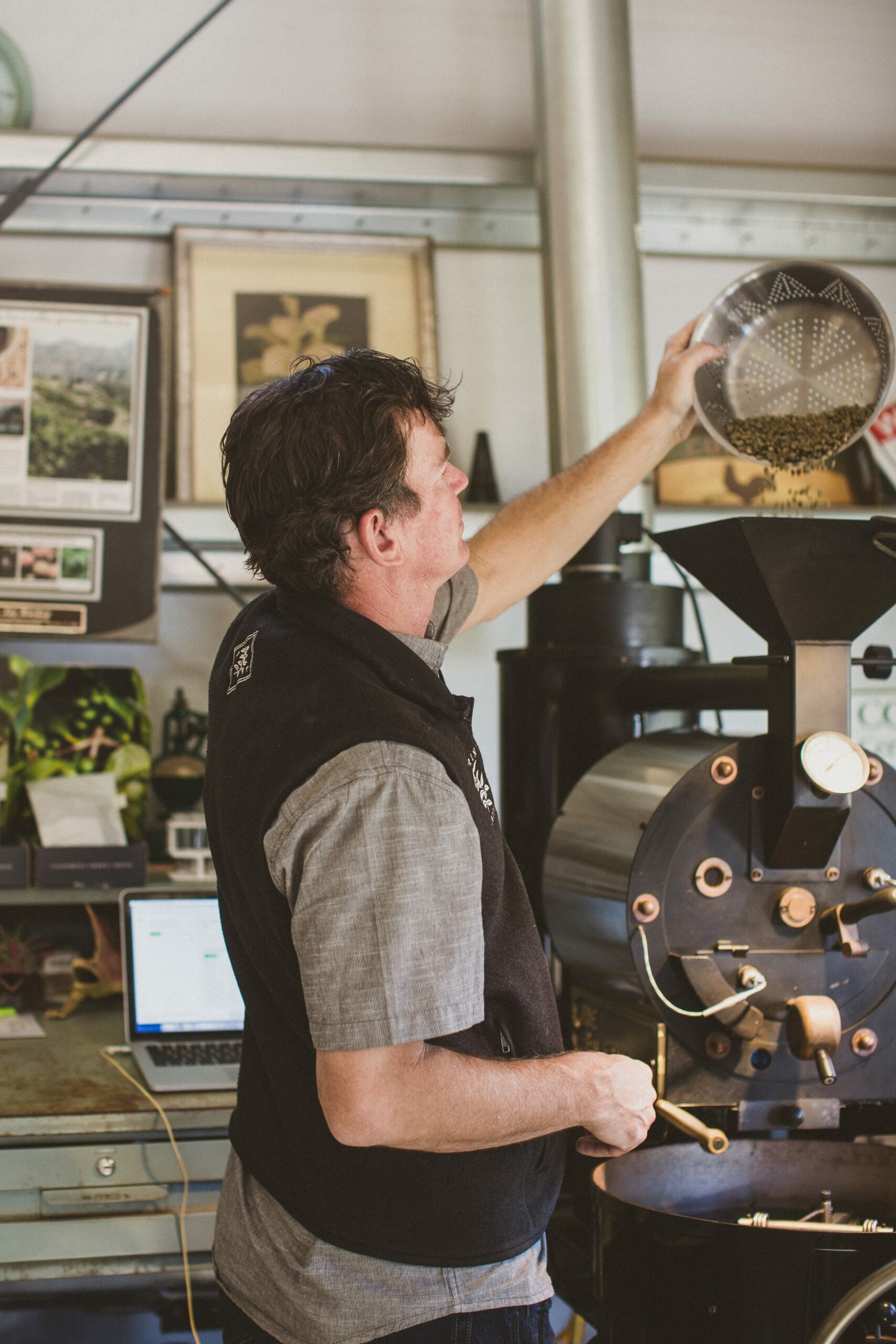 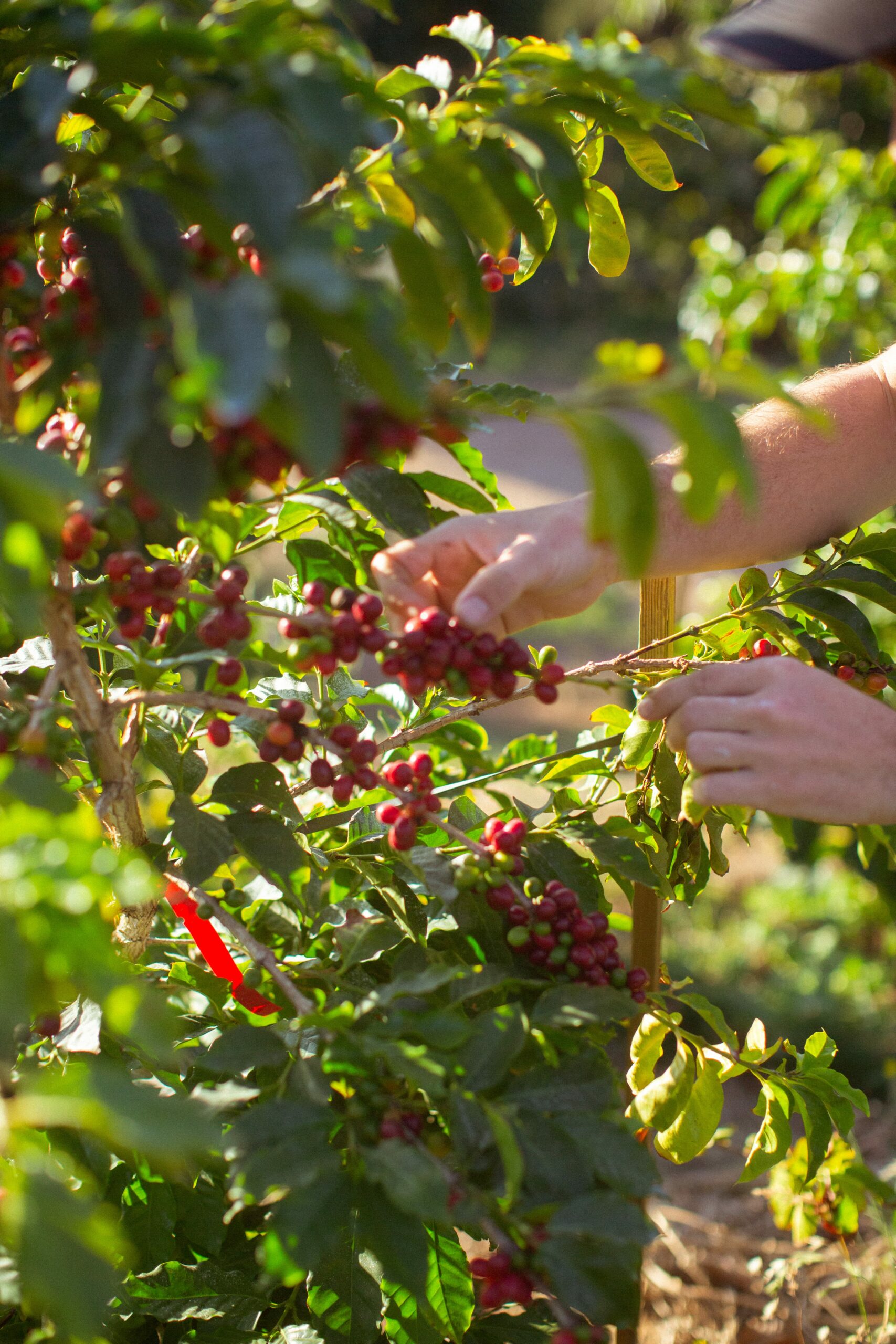 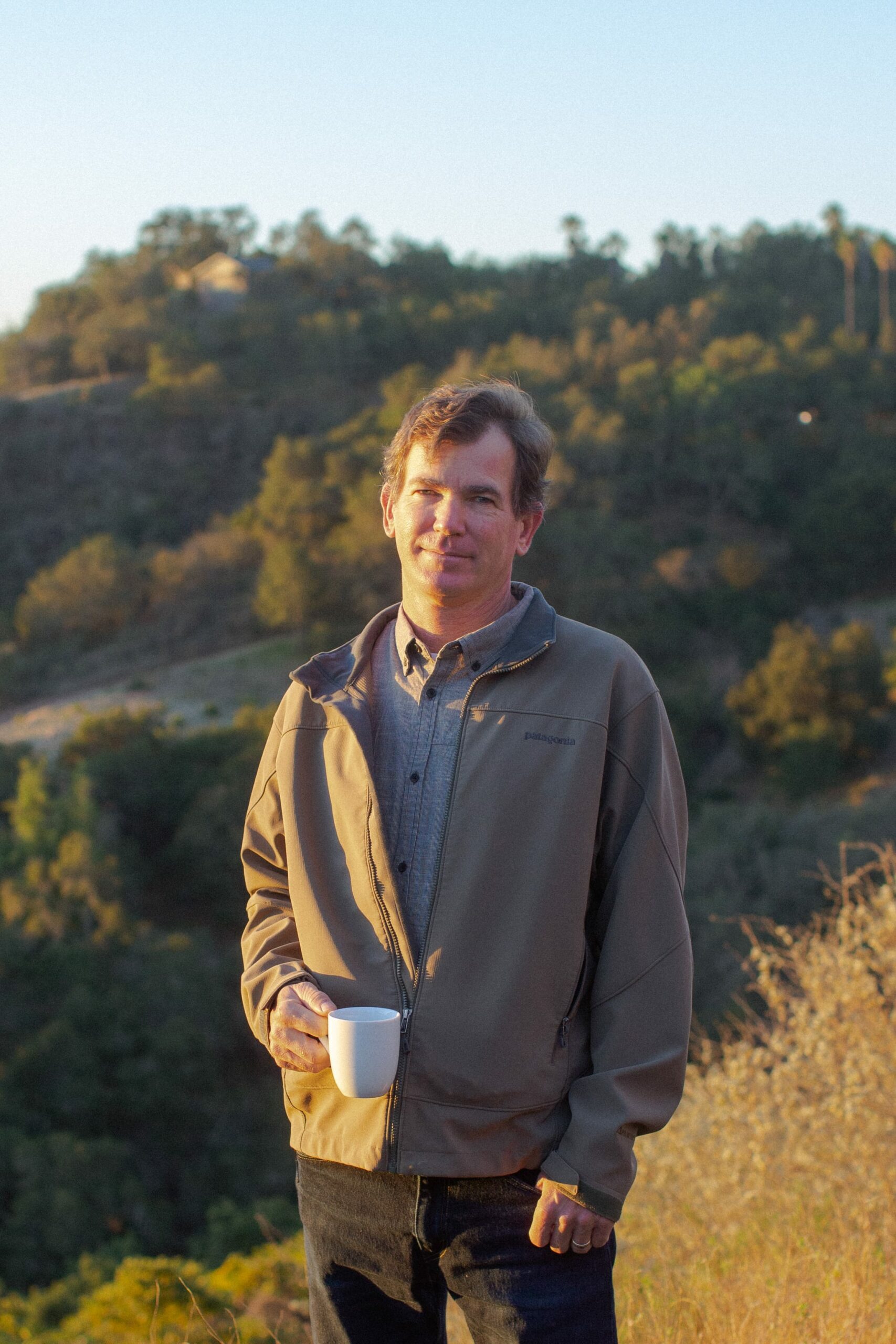 Overlooking the Pacific Ocean from the hills of Goleta, farmer Jay Ruskey has been growing subtropical and exotic crops organicallyOrganic: Of, relating to, yielding, or involving the use of food produced with the use of feed or fertilizer of plant or animal origin without employment of chemically formulated fertilizers, growth stimulants, antibiotics, or pesticides. at Good Land Organics farm for more than 30 years. In 2002, Ruskey experimented with coffee plants and quickly realized that the unique Gaviota Coast climate coupled with the diverse ecosystem his farm created offered perfect growing conditions for the Coffea arabicaCoffea arabica: Coffea arabica, also known as the Arabian coffee, is a species of flowering plant in the coffee and madder family Rubiaceae. It is believed to be the first species of coffee to have been cultivated, and is currently the dominant cultivar, representing about 60% of global production. plant.

In 2017, FRINJ Coffee became the first commercial coffee farm in the continental United States. “In our state, the flower-to-harvest period lasts 10–12 months rather than eight months like in other parts of the world,” said Jay, “which extends the maturation period, enriches the flavor of the bean, and guarantees a very good cup of coffee.” Ruskey and his team have worked hard to establish a network of 70 California coffee farmers who grow more than 100,00 coffee plants of arabica varieties: Geisha, Cuicateco, Laurina, Mundo Novo, Pacamar, and Caturra Rojo. Today, their collective is leading the way for California to become the world’s next coffee producing region.

Like every crop, coffee must respond to climate impacts. “It’s obvious to farmers that the climate is becoming more turbulent,” said Jay, “and that we have to find a way to integrate more resilient field crops and agriculture practices.” That’s why when a new farm joins the FRINJ Coffee community, Ruskey looks to the land to support designing a long-term plan for resilience. By interplanting avocado and other subtropical fruit trees with the coffee plants, the farm gains windbreaks, the soil is able to sequester more carbon, erosion and water run-off decreases, and the soil’s water holding capacity increases. This approach of applying a layered agriculture (agroforestry)Agroforestry: Agroforestry is the intentional integration of trees and shrubs into crop and animal farming systems to create environmental, economic, and social benefits. It has been practiced in the United States and around the world for centuries. system and intentional plant diversificationDiversification: The practice of producing a variety of crops or animals, or both, on one farm, as distinguished from specializing in a single commodity. not only builds a stronger defense against climate impacts, but also yields additional food that can be harvested and sold.

Refining these management practices never stops – the FRINJ Coffee team is constantly researching and experimenting to ensure healthy ecosystems at all of their partner farms. In 2020, FRINJ Coffee was awarded funding for a three-year study on the positive impacts of agroforestry. In collaboration with the Gaviota Coast Conservancy and White Buffalo Land Trust, this study aims to expand regenerative agricultureEnvironmental Regeneration: Systems of growing food that reclaim carbon and nutrients on the land by increasing biodiversity, building soil health, and improving watersheds to produce healthier food and lessen the impacts of climate change. along the Gaviota Coast – and inspire more California farmers to incorporate coffee crops into their land management plans.