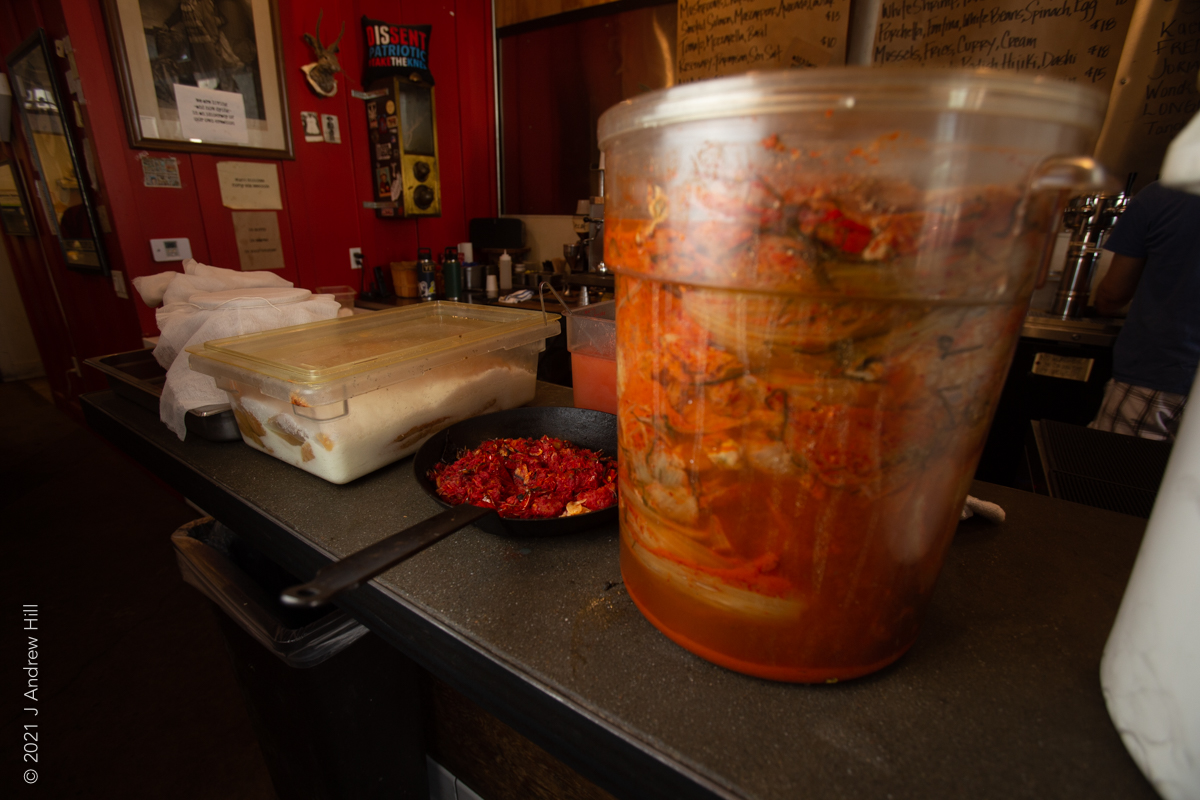 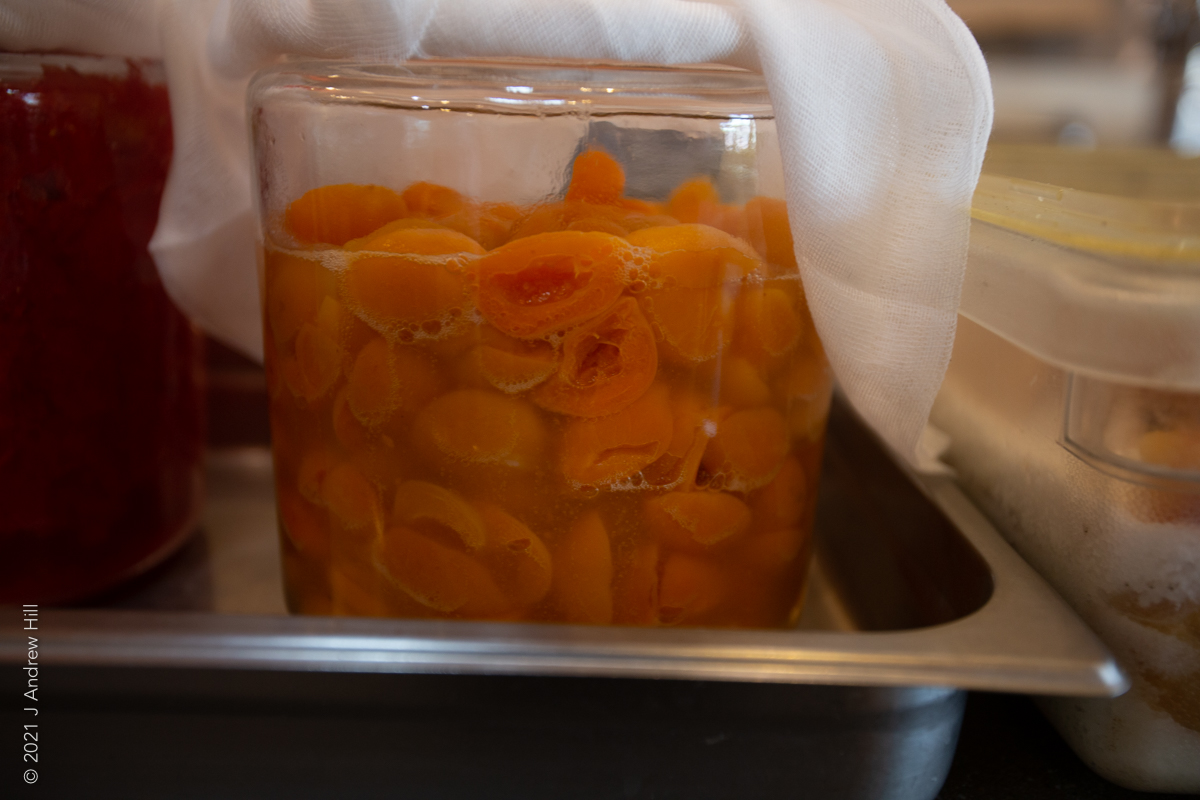 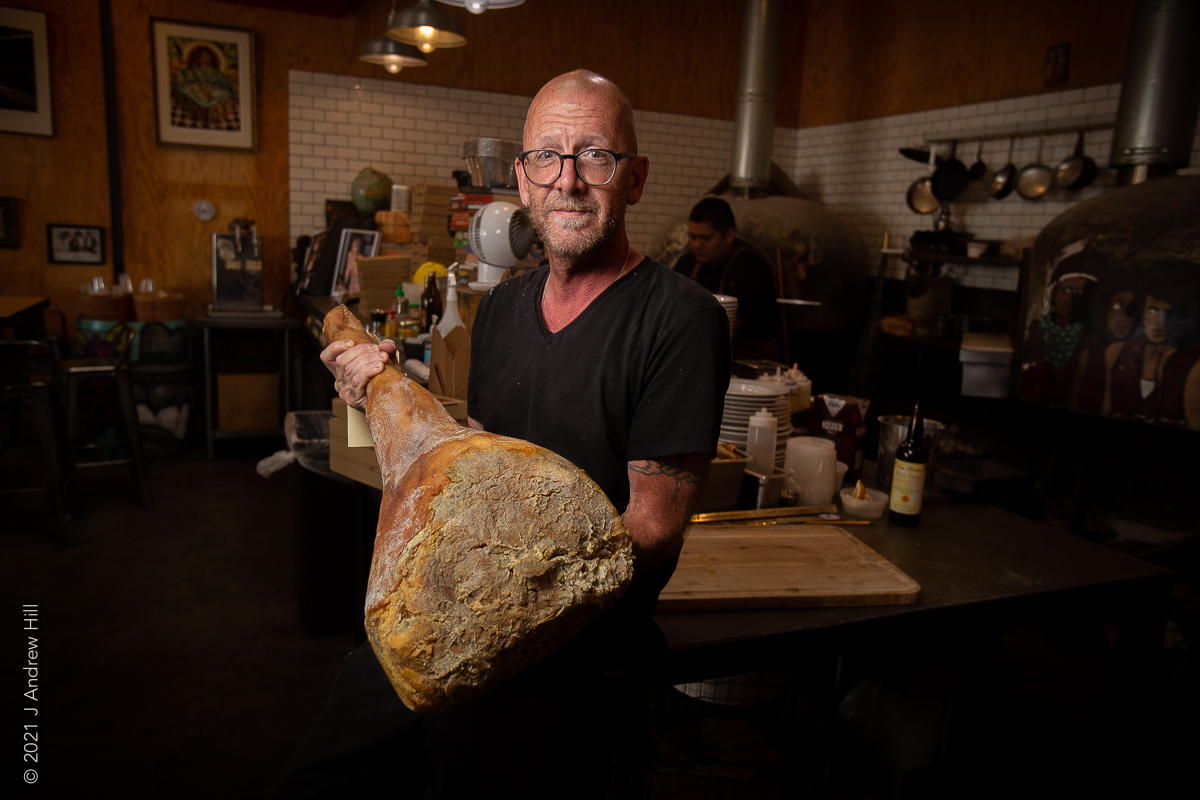 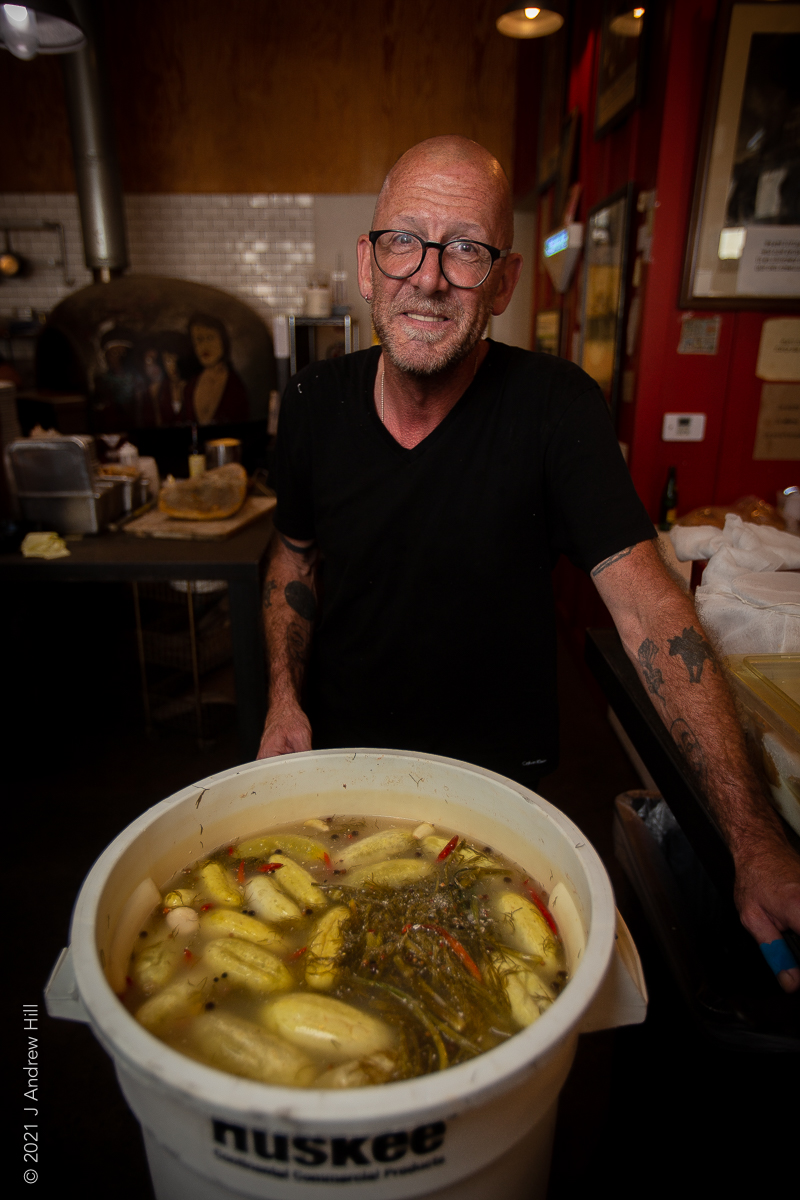 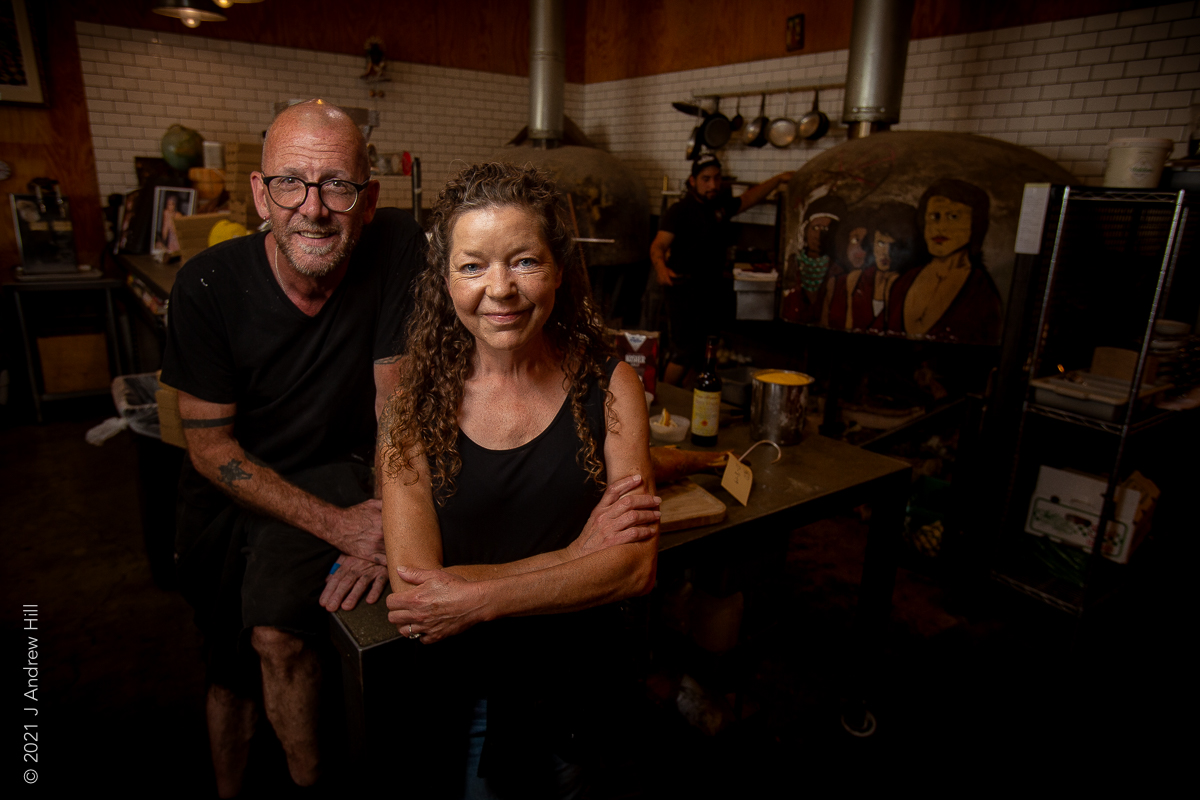 The farm cannot get much closer to the table at Eats – and the relationship they have with their food purveyors runs deep. As Jeff puts it, “We source local because that is what we should all do,” hinting that anything else just doesn’t make sense. The more regional farm land and infrastructure that exists, the more this can be a reality for all eaters (see Food Action Plan goal 14). The restaurant and the farm work in tandem to create delicious food from what’s available when, a system that builds economic vitality and resilienceFood Resilience / Resilient Food System: A food system that can withstand and recover from unforeseen disturbances and changes over time to supply sufficient, appropriate, and accessible food for all. for both sides. When the COVID-19 pandemic hit and supply chains shut down, Jeff was still able to get all of his ingredients because they came from within 30 miles of the restaurant. His conclusion? “With the growth of large-scale agriculture in the United States, food is now grown to be shipped rather than eaten,” said Jeff.

In addition to Industrial Eats, the Olssons also own New West Catering, Eye on I in Lompoc, and have two spaces next to Industrial Eats that are frequently used for events and other culinary projects. Across their businesses, they go through a lot of food. When there is an excess, or when a farmer has an abundance, Jeff gets to play.

FermentationFermentation: Fermentation is an ancient technique of preserving food. Fermentation is a natural process through which microorganisms like yeast and bacteria convert carbs — such as starch and sugar — into alcohol or acids. lends itself well to concentrating a large quantity of produce and builds layers of flavor and umami into recipes. From salt curedCuring: Any of various food preservation and flavoring processes of foods such as meat, fish and vegetables, by the addition of salt, with the aim of drawing moisture out of the food by the process of osmosis. white fish and legs of prosciutto to lacto-fermentedLacto-Fermentation: Lacto-fermentation is a specific type of fermentation that uses lactic-acid-producing bacteria to preserve foods. kimchi, apricots, tomatoes, and cucumbers, these preserved foods contribute to Eats’ signature flavor packed plates and curb food waste. There is no shortage of culinary experiments bubbling in the kitchen – once they’re ready to eat, they don’t usually last more than a few days, so there is always something brewing and a new idea ready to fill its place as soon as it’s gone.

Follow Industrial Eats on Instagram to see what they’re cooking this week and plan to stop by for a hyper-local meal on your next trip to the Santa Ynez Valley.